Do I Really Need a Mentor? There are many definitions on Mentorship and many debates on the importance of having a mentor in the business world today. I’m sure you have probably heard a colleague say; “Mentorship is not for me, it’s not that important for my career.” Well, you could also say, that “my life will be fine if I never tasted ice cream”, and that is true, but life can be so much more sweeter if you tried ice cream. The same is true about having a mentor (or two) in your life.

One of my sports heroes is Tony Dungy, and after he retired from coaching in the NFL he came out with a book that touched me personally, called The Mentor Leader. I will never forget the words he said in the beginning of this book – “In my life and career, I have seen all kinds of leaders, but the ones who have had the greatest positive impact on my life are the select few who have been not only leaders but also mentors”. Tony went on to say that unlike other types of leaders, mentors are primarily concerned with building and adding value to the lives of people. He concluded his remarks by saying that mentorship is really about changing lives.

In the late 80’s I met and worked for some amazing people at Procter & Gamble and with one of our customers --Walmart. At that time I had the opportunity to work for two great leaders at P&G, Tom Muccio and John Pepper. I also watched Sam Walton, David Glass, and Don Soderquist lead their Walmart organization. All of these men were very different leaders, but with one unique feature – they were all mentors, truly caring about changing lives during their career more than glorifying themselves.

These men made a huge impact on me, which changed the way I led others in the  second half of my career at P&G. They made it clear to me that changing lives by adding value to others was the best way to lead people. From the late 80s at P&G, I dedicated myself to focus on how I could help others grow by trying to impact their lives to add value to others through growing their full potential.

From the start of my career in Mexico in 1993 to my years working with talented people around the world in my last decade at P&G, there were many great stories of incredible and talented people I met and worked with, including Mireya and Nacho from Mexico, Julio from El Salvador, Chiaki and Yuri from Japan, Evgeny from Russia, Carolina from Colombia, and Victoria from the UK. I tried my best during those years to both mentor and lead these people with only one goal in mind – add value to them like others had done to me.

So is mentoring the only way someone can become successful in their business and personal life? The answer is no. But it can help - just ask Mireya, who became the first sales manager in P&G Mexico, or Julio, who is now leading  the P&G office in Costa Rica, or Chiaki the first CBD Associate Director in P&G Japan, or Victoria, who leads the one of the most important business teams in her home country.

So the next time someone asks you to lead others, don’t forget to add mentoring into your job responsibilities. 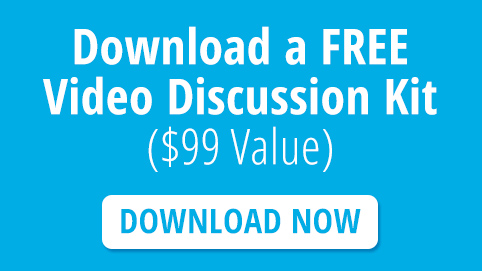